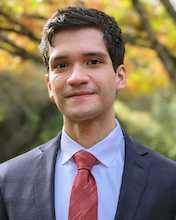 Marcos D. De Hoyos is a trial lawyer with the Houston office of Wiley Wheeler, P.C. Mr. De Hoyos’s practice is fueled by a passion for advocacy and defending one’s civil rights. It is Mr. De Hoyos’s prerogative that he ensures that each of his clients not only receive steadfast representation, but also gain a deeper understanding of the law, so his clients can recognize injustice in the workplace and prevent its recurrence.

Mr. De Hoyos began his legal career when he graduated from Vanderbilt University Law School as a Dean’s Scholar. At Vanderbilt, Mr. De Hoyos served as the Executive Justice of the Vanderbilt Moot Court Board and as the Associate Vice President of the Vanderbilt Mock Trial Board. These experiences allowed Mr. De Hoyos utilize and sharpen his advocacy skills as he presented oral and written arguments concerning constitutional, criminal, and civil law.

During Law School, Mr. De Hoyos served as an intern for Magistrate Judge Alistair E. Newbern in the United States District Court for the Middle District of Tennessee and also served as an intern for the United States Attorney’s Office. Both experiences granted Mr. De Hoyos invaluable experience in litigation and allowed him to hone his skills as an advocate. From criminal law to civil law to immigration law, Mr. De Hoyos was able to witness and engage in separate fields during his internships that expanded his legal knowledge and experience.

Practice Areas
Client Reviews
★★★★★
I consulted with Kalandra Wheeler. Great staff and team of attorney! They are committed to serving their clients!!!! I am always pleased with the outcome whether it's a consultation or representation. If you want the best. Then this is the team of attorneys and staff that can provide that higher level of service. L.H.W.
★★★★★
Ms. Wheeler was extremely knowledgeable, strong and confident. Exactly what someone would want in an attorney. C.M.
View More
Submit a Law Firm Client Review